@BanjoBen, @Jake, @AdamAsh or anyone else - do you have experience using these ToneRite devices? A fellow forum member here whom I met at a local jam said his has made an explosive difference in his guitar, and he’s going to let me borrow it to try on my D-18. Basically it’s supposed to be a shortcut to years of breaking in a guitar in just one week. My guitar is about a year old and has opened up tremendously just by playing it, but sometimes it still sounds muffled. I’m excited to try it out. 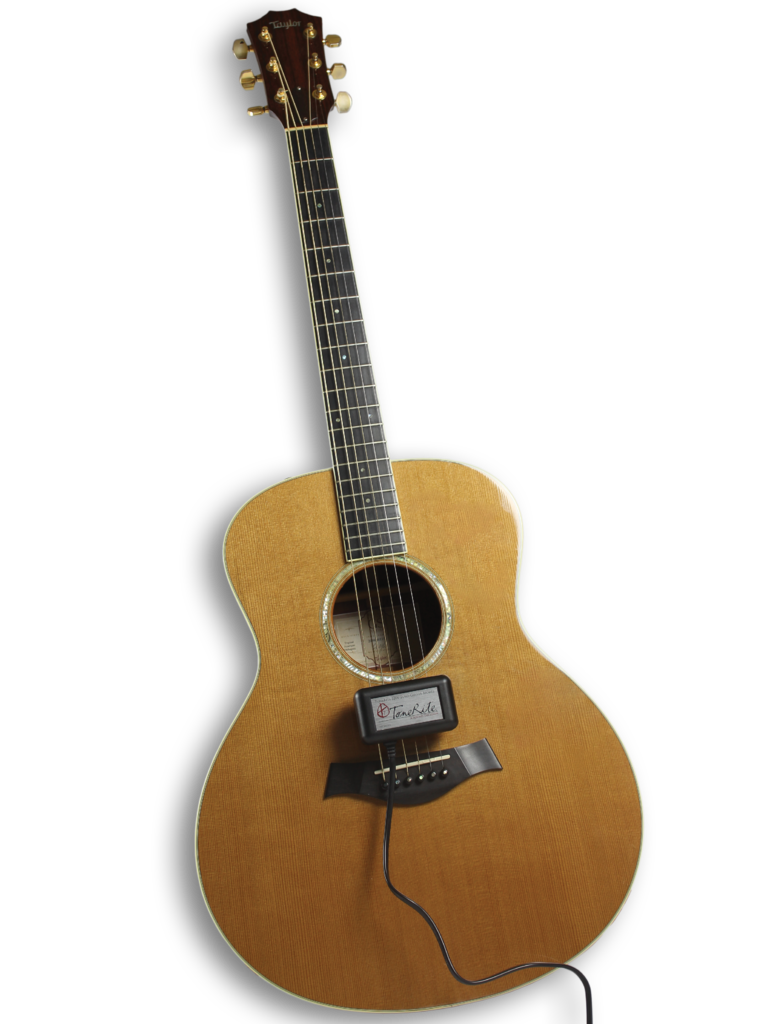 One of the secrets of great sounding vintage instruments is the fact that they have been played-in for thousands of hours.   The ToneRite accelerates the play-in process by using a set of sub-sonic frequencies to simulate the same physics as...

I’ve heard a good review from a pro. Can’t hurt. They have them for mandolin too, I’m pretty sure.

I have one and used it quite a bit years ago. I think they do have an impact, especially on a new stiff topped (like Adirondack) instrument. Once a guitar has loosened up from initial use, I think there’s just not as much difference to be made. I tried an experiment on a new adi topped guitar where I basically stored it on a hanger with the tonerite running 24/7 for a very long time. I think it had a noticeable impact in like the first week, and after that, the changes were pretty minimal. At the end of months, it still didn’t sound like an old dry guitar. It sounded less nasally, but still it wasn’t like a good 1940’s instrument. There’s a bunch of weird alchemy that goes into tone. Age and use are part of the equation. I think the tonerite helps move things along. However, I don’t think it will make your guitar sound drier. I am not sure exactly how very old guitars get that tone, but I am guessing part of it is that it just takes time. Also, not all old guitars sound great. Part of it is just the materials used and the details of how it went together. I have a terrible theory that part of what makes some old guitars sound good is that they have endured cycles with extremes in humidity or even temps or other forms of “abuse.”

To be honest, I couldn’t tell a difference but I didn’t use it for a full week. I hope it helps!

While I have no experience with it, as a Beginner, my expert opinion is I would be better off putting in the practice I sorely need as the best way to improve the sound of my banjo.

I’ve not used one myself, but I suspect that @Mike_R is probably right in that it may not make as much difference with your guitar that has been played for a year as it probably would with a brand new top. He also mentioned Adirondack tops which do have a reputation of taking a bit more breaking in than Sitka which is what is on a standard D-18. That all being said, your guitar is still fairly new, so it may make a good difference. I hope so!

My D-18 has an Adirondack top so we’ll see! I’m just curious.

I picked-up a BODYREZ pedal that many Pros apparently use. It’s supposedly designed to enhance the natural acoustic resonance of your instrument when using under-saddle pickups. I thought it did help my Fingerstyle tone on my Taylor and used it on that Tennessee Waltz solo on the Video swap forum recording solely through the guitar pickup. It’s good to have, although technique probably has more impact with actual tone would be my guess. I’ve not heard of Tone- rite, but will try it I get the chance.

Well I left the ToneRite on for a full week, and then tried to listen to the guitar very critically when I took it off, open to the possibility that nothing had changed. After just a little playing though - and some rehearsals with our band - I’m completely convinced that there IS a big difference! My D-18 is tons louder, boomier, and more resonant. The tone seems to have exploded. It sounds the best I’ve ever heard it. I’d say this thing totally works, at least it’s improved my guitar a lot!

I am glad to hear it!

Here’s a little secret… I am of the opinion that even if you just THINK it sounds better (and it didn’t physically change it a bit), I still think that it was worth the time spent on it. I find I play better when I dig the tone of an instrument.