I’m having trouble keeping myself motivated to practice. After the July Cabin Camp I was very motivated, then life got in the way.

Everyday I tell myself that I need to practice, but usually I don’t. l need to get back to the place where I practice because I love to play, not because I have to. Practicing has become a “chore” that I avoid at all costs. I’m registered for two Cabin Camps in April. I NEED to get ready for those.

Any suggestions for renewing my motivation?

Pick that instrument up for 5 mins and goof around with it…have fun! Then let it stare at you for a while.

Do some listening. It’s always good to hear new things.

Picking small things to work on helps to see improvement quicker…A whole break may take me a month to even get through, but I can learn to flat smoke a measure or two in an afternoon.

I go through periods where I cant be bothered pickin my banjo and periods when I can’t put it down. Don’t fret pun intended

Hi not a Banjo player but I think @Fiddle_wood nails it just play. last night sat down with some Tab just could not get into it. Then started toying with Two fingers Chords astride the G String. By end of evening had a small tune nothing special but kept the fingers moving.

Sure David I understand, but my message is about finding motivation and that applies to any instrument

For me it’s a matter of just always having a song I want to learn or I like to play. I had the same experience after camp in July. And prior to that I had heard a lot of fiddle tunes but I didn’t really know a lot of bluegrass songs. At the jams I heard a couple that I liked and wrote them down and learned them. Then in listening I would find another song I liked, then another, etc. Playing songs you like or learning breaks in those songs is a great way to practice and will hopefully give you back some motivation.

@Fiddle_wood ot it right: stop practicing, start playing. Put the banjo down somewhere you often walk past it and then just play something … I hope your motivation will return for you. i have three small children, i work 100% so i dont have much time to practice, but use small periods of maybe 15 minutes, and then i just play what i want without wanting to do it better. it gets better automatically. and I also like to watch others on yt to see how they get better, that motivates me. a lot of motivation!

@Fiddle_wood said it all. I recently went through a period of a year where I didn’t learn anything new. During that year, there were even periods of a month where I didn’t touch my banjo at all. When I did pick it up, though, it was just to play and have fun.

There’s no rule that says you have to learn something new every time you play. With musicianship, if you’re not moving forward, you have to play to at least stay in the same place. Otherwise you’re moving backward. I just got in to playing again a few weeks ago, and I’ve spent quite a bit of time relearning things I used to know.

Really wish I had picked it up more often and played what I already knew.

Actually not sure I had read your comment I am just in the play something and keep the fingers moving school than doing nought . Did nought for years when should have just played

Why do you need motivation?

I watched a Tony Trishka video not long ago, and he told a story about an old banjo player who influenced him. The Old Guy had the same routine whenever he picked up the banjo. He would pick just one string and listen to the sound. When the sustain died, he would pick another sting, until he picked all five. He told Tony he did this to remind himself of why he played. It was to hear “that sound.”

That’s why a Lifetime Gold Pick membership is a really good investment!
(No, I do not get a kick back for signing up people.

And for what it’s worth, I picked up my banjo last night to practice and spent an hour adjusting the cradle strap, then I was done with my banjo for the night.
I doubt this counts as practice, but somehow it was satisfying!

Chris! I had a blast playing with you ag Cabin Camp and getting to know you - and I live the pics you took.

So what motivates me? It used to be an escape. Concentrating on the guitar kept the stressors out of my mind for a few minutes. Now it’s fun. I LOVED playing with you guys at Cabin Camp. I have some jam buddies here and we just have fun. I wish you lived closer because you’d fit right in!

A lot of what drives me now is wanting to learn a song because one of the other guys wants to play it. I dong know if that’s a motivator for you but if it is let’s find a way- video swap or a capella app or something

You just hit an important nail on the head. If you can find regular jam buddies, that’s a great motivator not only to play more, but to learn new stuff.

I really need to work harder on finding bluegrass pickers in my area.

I can arrange to have some sort of negative reinforcement at cabin camp, @ChrisWms

So, my question is, how do you keep your skills up? ie., from what I’ve seen, you don’t lose your edge.

Tiger Woods has to play golf pretty much everyday. I recently read that Chris Thiel said he has to practice four hours per day just to stay where he’s at.

When I saw Tommy Emmanuel, he mentioned how much hard work it is to keep his skills up.

Pardon my kind of veering off. 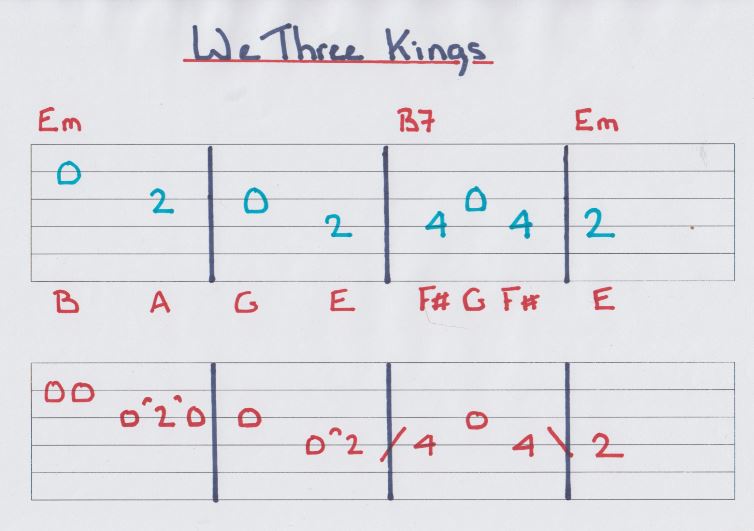 Have you bought those $40 Picks yet though

The rest though very apt. I stopped playing for years due to my perception that I was not making any improvement. Last night toyed around with the We Three Kings . Attached show that did first four bars and then added. In no small part due to this site. Will not bore you with the rest but there is the potential to put 1/4 bends in a bit later and as @BanJoe mentions that is the sound that I always want to hear somewhere.

Being Ex Military happy to assist with that @BanjoBen

Those were the days!

I believe one of the best motivators is working on tunes you really like. Sometimes though the arrangement can be far more difficult than your skill level then it becomes a challenge. A long term goal.

I appreciate the kind words, but my skills definitely waiver over time. If I play every day for a few weeks, it becomes so effortless that it’s almost like the banjo is playing itself. The times I’ve put it down for a month, I feel like I’m struggling really hard just to pick the right strings.

I’m really hoping my 4 year old decides he wants to play some day. It’d be nice to spend time with him AND be advancing my skills at the same time.

Ah! The teaching someone else conversation has arrived. Which is why Ben is what he is! The reason I write down in Tab what I am doing is due to that reinforcement technique of using every session for what it is worth even if it wasn’t what I planned. Then share it others can read it or ignore it! Note names , fret positions. Oh and yes I know there are Flats as well just never tend to write them down.