I’ve got some surreal backcountry flying adventures this summer, first in Glacier National Forest in June, then in Alaska in July. Trying to get my tailwheel chops sharpened up before I go up there for the real challenge! 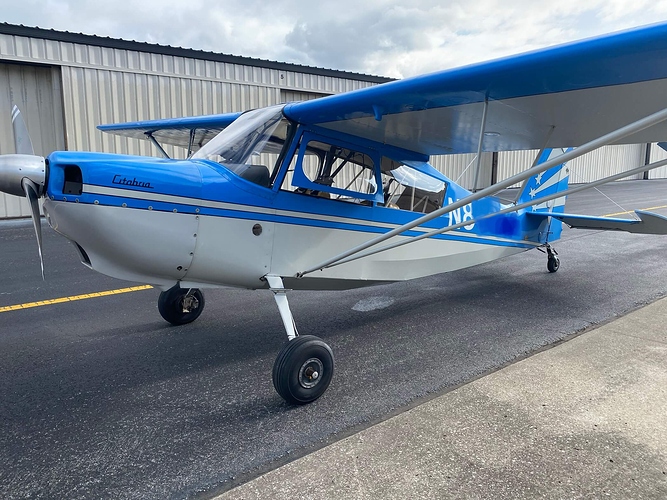 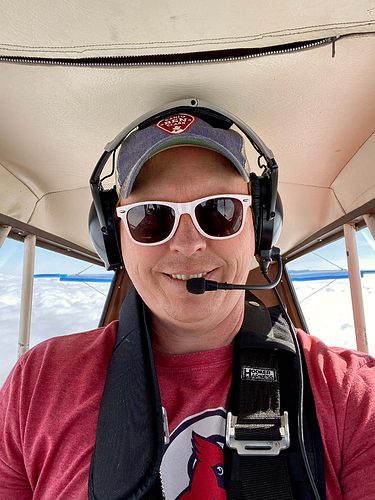 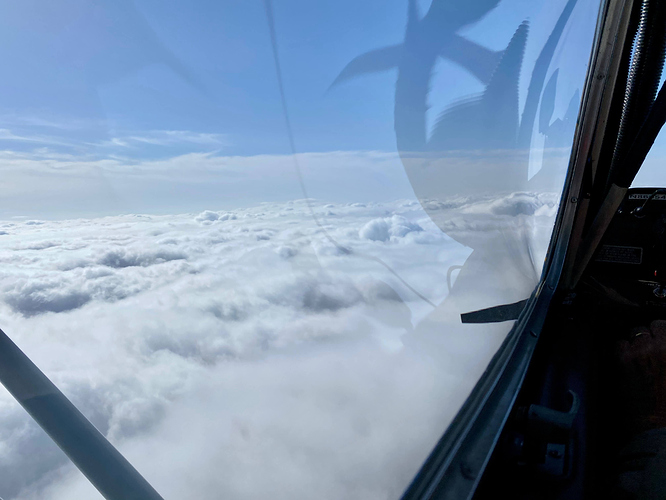 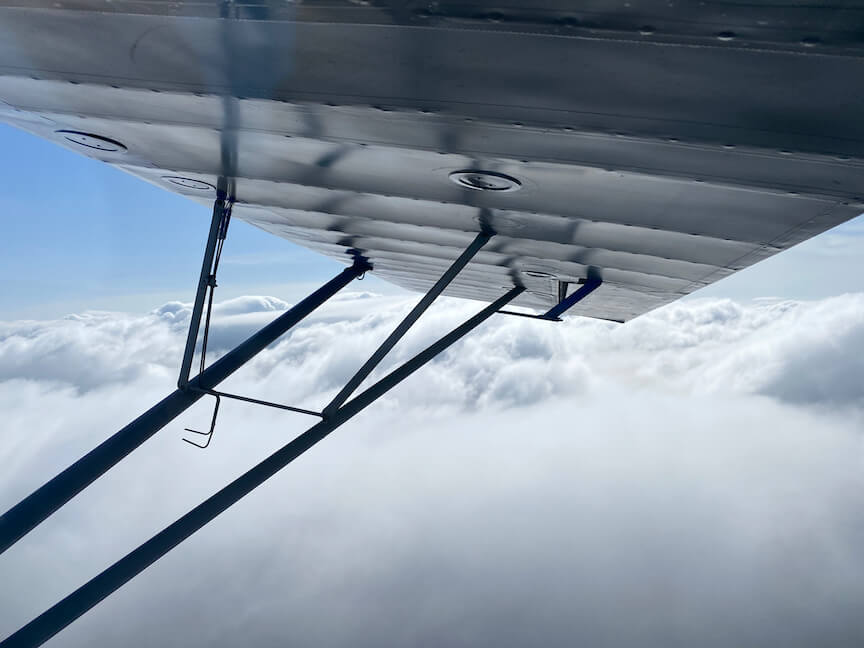 Nice pictures. I love being above the clouds in a little plane!

Tailwheel sayings I have heard that I find useful:
“Fingertips and tippy toes”
“Keep flying it until it is tied down”
“Make small quick corrections well before a large correction is needed”
“Don’t overreact” (I have heard that most runway exits happen opposite the direction of the initial problem… from what I have seen, I believe it)
And finally… don’t be afraid to leave it in the hangar if the conditions push the limits of machine or man (or woman if that is the case).

A colleague of mine took me once in a similar craft 25 years ago. His parents asked if I wasn’t afraid to go with him. I said as long as they weren’t afraid of their son, I was not afraid.

This would be cool!

No words for this 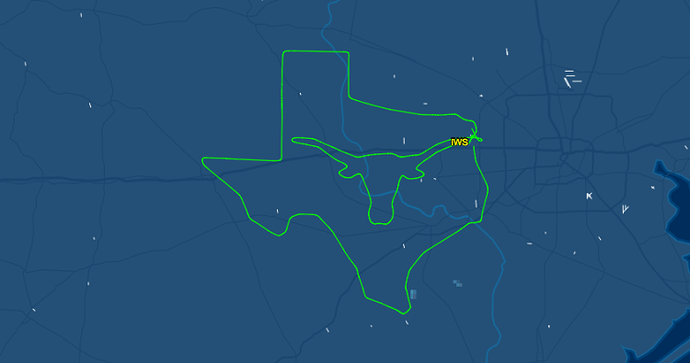 Lovely plane. I’ve spent a fair amount of time behind them getting towed. Happy memories!

WrOnG sChoOl, @Archie!!! We don’t sip tea with our pinkies out in College Station!

That’s pretty funny that someone would do that.

Just remember… taking off is an option… landing is an OBLIGATION!

@BanjoBen Not sure if that was a jab from @Archie

BUT We can give him the benefit of the doubt and correct his heinous and egregious error!

No jab intended @JohnnyD my apologise to @BanjoBen if that’s how it came over. I saw the training flight path of TEXAS and knowing that Ben hails from that state I thought he might appreciate seeing the image.

No jab intended @JohnnyD my apologise to @BanjoBen if that’s how it came over. I saw the training flight path of TEXAS and knowing that Ben hails from that state I thought he might appreciate seeing the image.

It would have been a playful and fun jab if you had known that the image you selected was created by someone that was obviously a fan of and probably attended the University of Texas (UT). That flight plan outlines the shape of the State of Texas yes, but it contains the mascot for UT.

Ben replied and mentioned “WrOnG sChoOL” because he attended Texas A&M University
-A completely different college- which is the BIGGEST RIVAL in the State.

Now, its obvious you didn’t know that and that’s why I said that we would give you the benefit of the doubt while correcting the now hilariously egregious error!

Thanks for the explanation @JohnnyD I knew that Ben attended Texas A&M now that I know that Texas UT is their biggest rival I am so glad of the error I made. I now see the funny side and the jab

I was wondering what Chicago Bulls (NBA team) was doing in Texas. OK now I get it.

Hey Banjo Ben. I’m in Jasper, TN doing a ridge camp in gliders this week up and down the Cumberland Plateau! We did Jasper to Hinch Mountain and back the other day cruising the ridge at 100 knots. We will fly Thursday behind the cold front again and expect to do a 300km badge flight. It’s the flying equivalent of music! 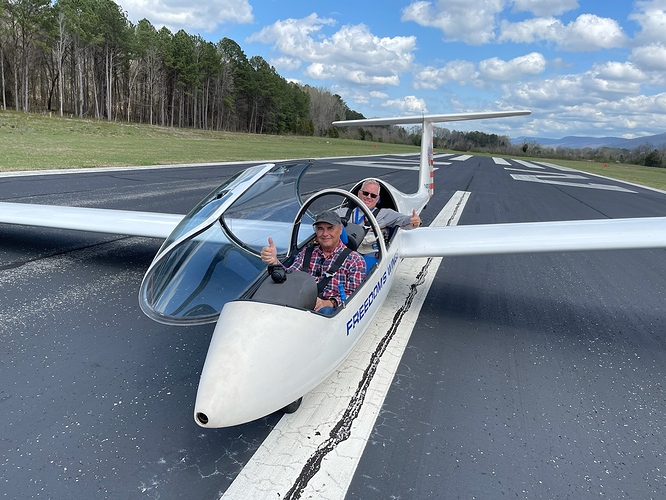 Matthew, that’s awesome. Looks like a Grob 103? Good luck on getting great conditions tomorrow! I have never gotten to play in ridge lift, probably because we don’t have much in the way of ridges down here

Seems like that would be pretty fantastic. Is that a commercial ridge camp? If so please post a link or send me a message with contact info for the folks who do that.

Mr. Clark, you have been missing a great way to fly!

That does looks like a Grob 103 above which would be an awesome way to get your soaring experience. On a good day, 5-8 knot climbs are not unusual and as Matthew mentions above long trips via ridge soaring or by cloud streets are quite possible.

I have a friend in Sheridan that has a Piper Cub, classic tail dragger. If you end up out this way, maybe I could arrange some flight time with him for you. That thing has such a low stall speed, it feels like you’re just floating.

If you end up out this way, maybe I could arrange some flight time with him for you.

Man let’s do it. Hannah and I are planning on going through Sheridan either on our way up or back from Montana. I hope you’re ready to host some Clarks, haha.