Me!! I don’t get to ride nice trails almost ever, but I love riding mountain bike and doing flat ground stunts as well as jumps

When I was a bit younger we used to tear it up now I confine myself to four wheel rock climbing! BIG FUN! A bit more expensive but it don’t hurt or fall off!

Years ago I was riding logging trails in the Santa Cruz Mountains with some friends. It rains a lot out there so the road was pretty torn up. The roads are steep, our bikes were barely able to keep the speed under control (this was before the advent of disc brakes on bikes). On a particularly steep section of the road we were on full white-knuckle, tooth grind, brake death-grip trying to stay out of the emergency room. The guy in front slipped into one of the logging truck tire trenches, which could be a foot deep - not a problem unless it suddenly ended, which they often did. When the trench ended he went over the handlebars and somehow landed with his head and upper torso inside the bike frame. He was completely helpless sprawled across the road in the mud. He looked up and saw me coming down the trail with my brake pads starting to smoke. “Don’t run me over!” he called and with nothing but luck I was able to steer by, barely missing him. Later he thanked me for not running him over. I told him I really didn’t have any control over the bike at that point, it was just pure luck, but I would have run him over if needed to save my own neck.

That was a close call, but the really dangerous collisions in the mountains would occur on the better maintained roads where downhill riders would commonly reach speeds over 30 mph. Uphill riders would typically be exhausted, head down barely looking up when a downhill speeder came around a blind corner and could either crash into the slow moving uphill rider/hiker or hurtle to an unknown fate off the road. Needless to say, collisions were the usual outcome. Going uphill the rule was stay on the inside side of the corner to prevent those sort of catastrophic collisions. On Mt. Tamalpais in Marin County, they had so many of those collisions that they enacted speed limits on the trails, but they weren’t enforced until after someone went to the hospital.

Mountain bikes these days are pretty fancy compared to the bikes we rode. Front suspension shocks were just coming on the market when my friends were buying bikes. Now bikes have front and rear suspension, gel seats, disc brakes, and lightweight carbon fiber frames. I guess getting run over by one of today’s bikes probably would hurt a lot less than in the old days. Heck, today’s riders might even like being run over, give them some sort of weird hair-do. Not bed-head, tread head. 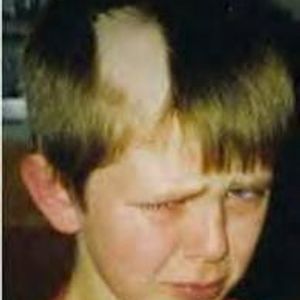 Cool! Got any pictures or video?

yes me and my brother made a video ,the jumps are not perfect but you can see the video if you look up becky trenchuk on youtube you can watch it

I am 12 and my brother is 9 so we are just learning to make vidoes. i am riding the green bike

Sweet! My wife and I mountain bike. We have some wooden ramps.

me and my brother made a video ,

Cool! I’m actually just starting a build of a mountain bike from the frame, it’s gonna be real fun! 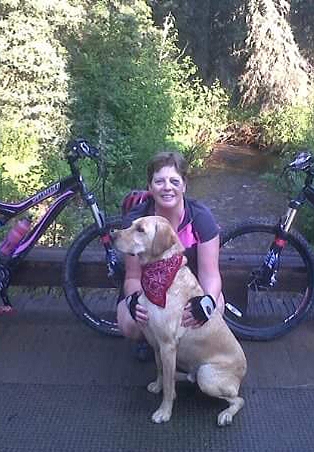 Picture is several years old, no jumping! I can end up like that without jumps!!

My brother and me are both into mountain biking. i have a Giant Trance X1 with Fox air suspension front and back and my bro has a Ghost Lector7700 also fox air front and back. Hydraulic disc brakes are one thing that i would NEVER by a bike without

cheap is relative…and if you keep and love on the bikes you can update them and have them last a very long time. This would make them somewhat cheap to other hobbies. The outdoors are, well, there. You don’t have to rent a membership to like go golfing or to a gym. You just go outside. So a large bank at the beginning doesn’t equal one @ the end. You’ll just have to keep the gas $ jar loaded to go to different places to explore. I’ll let you in on some great secrets if you come to Montana! Roadtrip!!

i have a scott scale

Nice! i have heard of Scotts but i have never or ridden one.

I finished my mtb I was building. It’s awesome! I’ll try to add some pics later