Dock Boggs could have been my wife’s uncle Raymond. He passed away a month ago. Raymond could play anything with strings. He was a poor, uneducated, kind-hearted man who loved Don Reno. Even named one of his sons “Ray Reno.”
Raymond played with anyone who could pluck a string, black man, white man or bohemian. For years he played an old 1929 Gibson mandolin. I think that’s one reason he loved Don Reno. Both their picking styles were similar, yet on different instruments. It was always a Big Event when there was “going to be music at Nina’s house and Raymond’s going to be there!” It was amazing how many musicians crawled out of the hills & hollers of West Virginia just to play with Raymond.
Raymond did not smoke, drink or cuss and refused to play in a honky-tonk. But he would happily travel to any backwoods church for “special singing on Wednesday night.” When it comes to what the world calls “hillbilly music,” Raymond always called it “country music.” And he never called it “bluegrass.”

Anyway, here’s a picture I love because it speaks to the important things in a working man’s life. 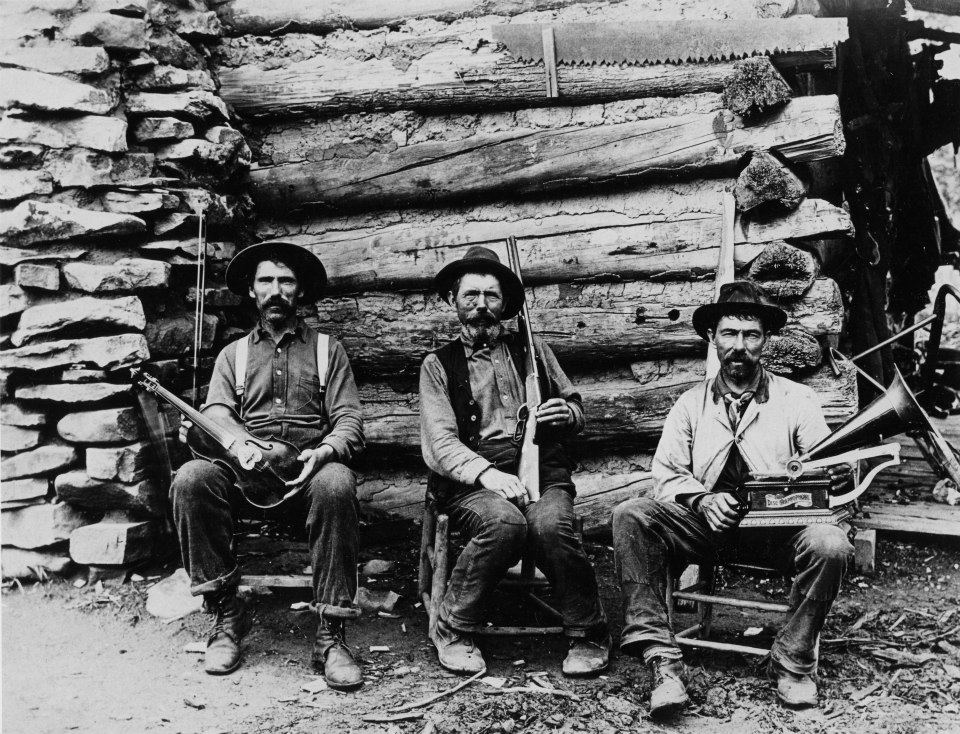