So most of y’all probably don’t know who John Cockman is, but after this interview you will. He is not primarily a BMG player, but he’s a fiddler and multi instrumentalist and general interesting person 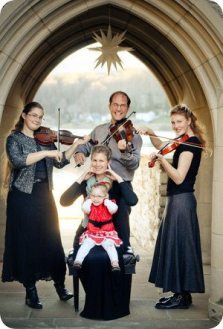 An interview with Dr. John Cockman

little disclaimer here: this is the first time I’ve interviewed someone, so be a little forgiving of my questions. Hey guys, today I’m excited to be interviewing Dr. John Cockman! …

I’ve known of (and been a big fan) of The Cockman Family for many years… even spoke with John Sr once on the phone… He’s also a Luthier.

A long time ago, my local Christian radio station played their song “Angels Unaware” and after it played, of course they didn’t mention who it was. So, I called the radio station, got their information and bought a cassette (yeah, it was that long ago)! Now John’s grandkids are involved as well.

Ben Cockman (I think it’s Ben) has won sevaral flatpicking guitar competitions and I believe one of his prizes was a Henderson D Style guitar.

Thanks and great job on the interview!!!

Ben Cockman (I think it’s Ben) has won sevaral flatpicking guitar competitions and I believe one of his prizes was a Henderson D Style guitar.

Yep he has!
Thanks for the kind words!