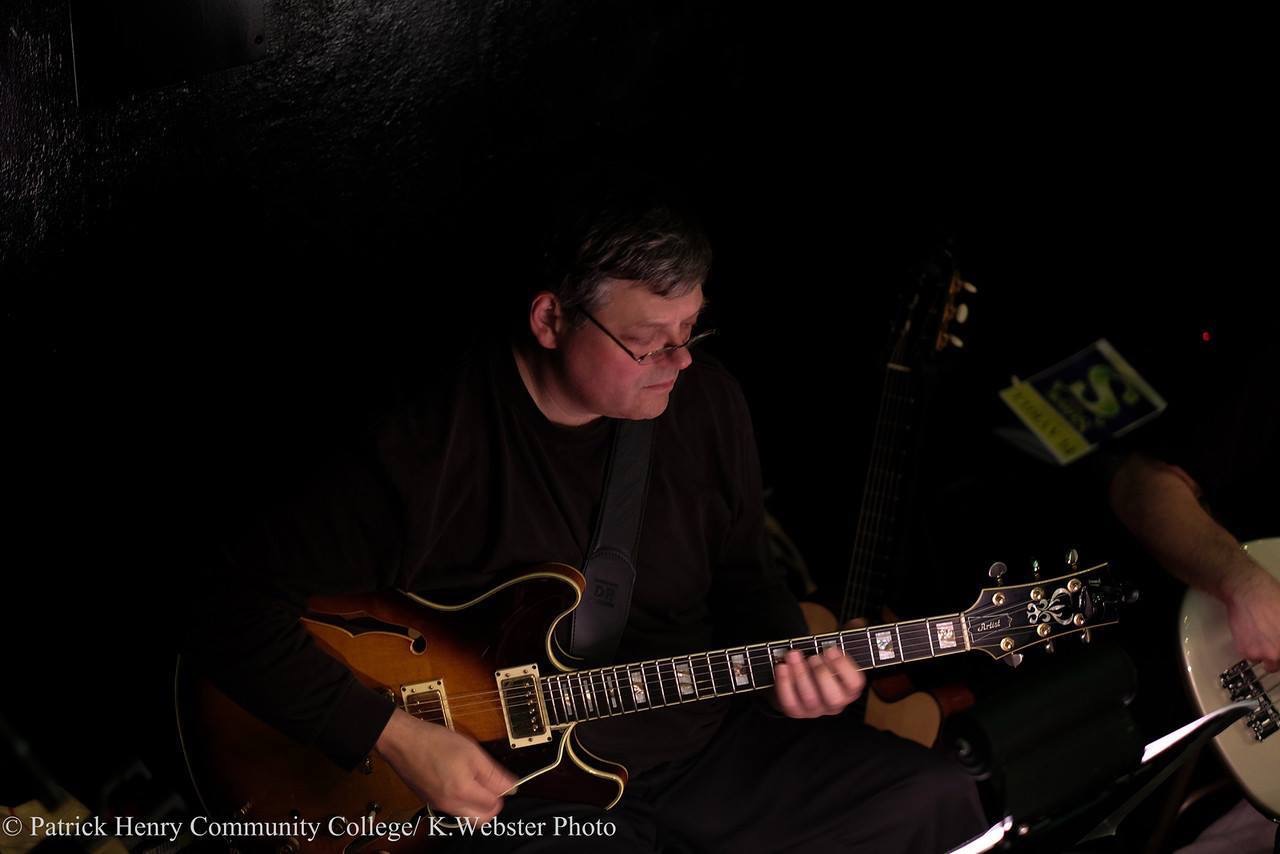 What was it that first got you interested in playing the guitar, mandolin or banjo?
I would probably have to say it was after seeing the Beatles on the Ed Sullivan show in 1964.

How long have you been playing and what’s your motivation to play?
Started playing guitar in 1964, banjo in 1972 and Mandolin in 2011. A great love for styles of music is my motivation.

What’s your favorite lesson on Ben’s site and how has it helped you improve?
I like the banjo lessons the best. If I have to choose one it would be the Ol Joe Clark lesson for guitar.

What’s your goal when playing?
To never leave a lesson or exercise on the music stand when I’m done practicing. Memorization is important even if it is a couple of measures or a phrase. I want to take those notes with me when I put the instrument away. I can always come back for more notes. I always hate to leave empty handed.

Are there any other instruments or genres of music that you enjoy playing?
At one time I would have said Classical music on all three instruments. I also took piano lessons as a young man for seven years. Jazz guitar is about all that is left for me to play. I have been diagnosed with essential tremor. It has slowed my playing way down. I am learning the value of playing one note really well.

Do you have a favorite technique? What is it?
Playing back-up. My days of playing lead instrument are pretty much over. I value being able to accompany any musician or vocalist in any style.

If you could play in anyone’s band, who would it be and why?
Miles Davis quintet during his late 1950’s post bop cool Jazz period. I love both the sophistication and the melodic quality of the music. The frantic quality of bebop was gone and there was an emphasis on playing something new, melodic and expressive every time you play.

What type of gear or accessories have you found that work best for you?
I am a very simple player. Just me and an instrument. I’m old school when it comes to instruments and amplification. My amps were made in the 60’s and 70’s and most of my instruments were made mainly during the same decades.

If money was no object, what would be your dream instrument(s)?
I’ve always been a player and not much of a collector. I like to keep wearing out an older instrument more than buying a new one. I don’t mind dings, dents, scratches or cracks. That’s a very cool patina in my eyes and ears especially if I was responsible for all those mishaps.

If you didn’t have to sleep, what would you do with the extra time?
This is an easy question. I already wake up in the middle of the night and play for an hour or two.

Anything else you’d like to add?
I’m really glad that I learned to fluently read music and learn music theory at an early age. It has served me well in my career as a guitarist, teacher and studio musician in Los Angeles. I now live in the Blue Ridge mountains of Virginia and I would like to challenge every person who reads this to commit to improving their own musicianship.

Thanks for letting us feature you David!

Congrats on being the gpotw, David! I really enjoyed reading your responses, especially the one about hating to leave a practice session empty handed. I wish you well in your continued musical pursuits.

David on being selected as this weeks Gold Pick Member

Congrats and welcome, David! Hope to see you around the forum!

Congrats David!
Interesting reading your musical story.
And this was great:

I would like to challenge every person who reads this to commit to improving their own musicianship.

I’m wondering about the gorgeous guitar you’re playing in the photo? I love the ES-335 style guitars (there’s just nothing else that has that sound).

By the way, I recently purchased a 1966 Ampeg Reverberocket (GS12-R). It’s absolutely incredible and about a fourth of the price of a vintage Fender (which are also incredible)!

Thanks for your story!

I’m playing a 1981 Ibanez AS200. This photo is picture of me playing in a pit orchestra for a musical. I absolutely love those old Ampeg amplifiers.

I wrote this comment thinking that I was replying to you. Here it is again:

I’m playing a 1981 Ibanez AS200. This photo is picture of me playing in a pit orchestra for a musical. I absolutely love those old Ampeg amplifiers. I’m on the lookout for an Ampeg Gemini amp.

Bruce Springsteen just released a new album and in a video to one of the new songs, is a Gemini VI. I thought that was interesting… and he’s from New Jersey where Ampegs were made.

I’ll see if I can find the video and provide a link tomorrow. It looks like a great album btw!