So my question is, has anyone designed a capo that does NOT pull the strings sharp? .

Quite a few capos can be adjusted for tension. Shubb, and Elliot style (Paige) and similar are adjustable for tension. Just adjust the tension only as much as is needed to get a clear tone and it shouldn’t pull it sharp any more than a finger (although once you fret above that, it will be slightly tighter with the capo than just fretting the note).

One thing that helps is to get the capo very close to the fret. Another thing I find is that often the string tension isn’t equalized on both sides of the capo. To help with this, I will stretch the strings after the capo is installed.

All that said, it is not unusual to need some fine tuning after installing or removing a capo.

I hope that helps a little.

YES, THERE IS ONE. I just got this one about a month ago and was just getting ready to tell y’all about it. It made some pretty lofty claims including not having to re-tune after putting it on and removing it. It’s called FretPaw - http://www.fretpaw.com/ 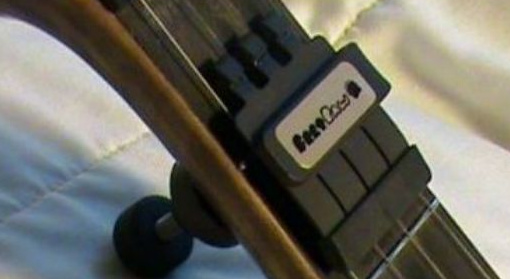 Well so far, I’ve only had to re-tune a couple of times and it wasn’t much and it was just one string. I usually have to re-tune at least three strings. It also seems to give me a sweeter more pure tone than other capos although I’d have to do some empirical testing to back that up I suppose.

It has a low profile so I’m not hitting my index finger and knuckles against it every time I move my hand down the neck and I have more room for my fretting fingers to maneuver. So far, the only negatives I can come up with is that it takes a few seconds longer to install but that will probably get better with practice, and it’s a little more cumbersome than others and I can’t store it behind the nut.

It’s made and sold by this old feller Alan Ferguson, I dunno, out of his garage for all I know; well, that’s probably not true but it’s really well made though, I mean it seems like it’s gonna last a awhile. He has versions for flat neck and radiused necks and he has a guitar version as well. And, this one works great at the 5th fret and above.

I first saw this in an article in Banjo Hangout https://www.banjohangout.org/reviews/search.asp?m=m&v=10684&redir=true

Here’s a video of it https://www.youtube.com/watch?v=TwdpFjHLfGQ

So far, I’m really diggin’ it.

Been having that problem my whole life. Then I went to Ben’s camp and saw others with this capo, so I bought it from Jake while at camp. 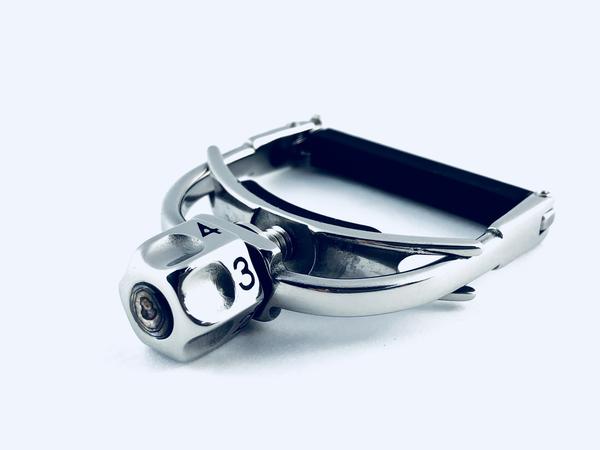 Boy Howdy, what a good looking piece!  This is the quality you would expect from a capo that costs twice as much!   • Its innovative adjusting knob makes it the most ergonomic screw operated capo.• The knob maintains a fixed...

I too purchased a Shubb for my banjo. It works. I use a Paige with my guitar. I think the ability to make fine tension adjustments is important.

Y’all also need to watch the capo lesson with Steve Huber for some great tips: https://banjobenclark.com/lessons/banjo-setup-with-steve-huber-capo-placement-banjo

I had been wondering how those work, had seen them advertised. Thanks for the review!

This is an interesting video, and a good demonstration of how finicky banjos are about setup.