Hi Guys. I don’t know if this kind of thing has been going on in this community. In the past, a friend and I have used Studio One 4 to share rhythm/solo tracks. Between the two of us we’ve put together several tunes. It’s been a lot of fun, especially these days when it’s so difficult to get together and play in-person. I’m wondering if anyone is interested? What I have in mind would be to meet some virtual bandmates, learn from each other and improve – all in a relaxed, non-judgmental and fun atmosphere.

Here is a dropbox link to my playing on a recent mando lesson, Chinquapin Hunting. I don’t go beyond intermediate level. And this one took work!

Not familiar with what software you use, but I’d be happy to add some things if I can. I can read/produce .WAV or mp3 files if those work for you.

I have access to guitar, double bass, fiddle, and mandolin. Might be able to provide some backup vocals as well if you’re doing any singing.

I would be interested if I had my recording stuff here. We’ve tried to do these kind of collab before, and never have finished one. But there’ll probably be some folks interested

Here’s the info on the software Timmy mentioned. 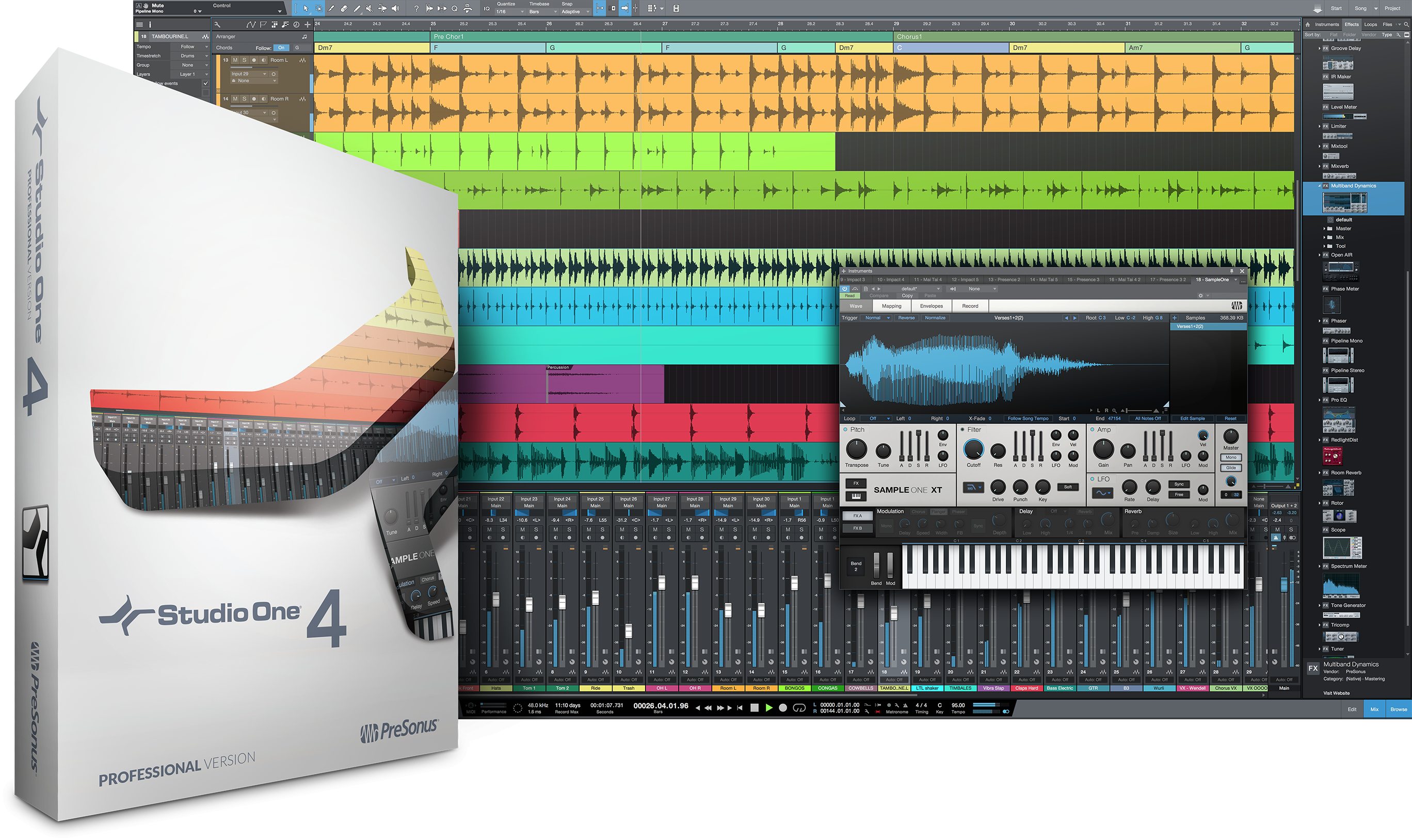 I’m sure Timmy will be available for tutorials about which button makes the blue smoke come out of the back of my monitor, why I shouldn’t touch it ever and “what do you mean, it’s intuitive?” :astonished

My equipment is so old it doesn’t work with most newer software.

I do my recording on a portastudio, then transfer it into a shareable file.

lol. I don’t do tutorials in any area of human knowledge. That could have serious repercussions!

The only way I’ve been able to do this – and I think it’s the key to making this idea working – is to be able to easily share audio files via email. That’s helped when everyone is using the same software. But there could be ways to work around that.

Studio One was recommended to me by the guys at Sweetwater; it’s pretty intuitive when it comes to basic things like importing .wav or .mp4 files and then recording and sending additional tracks back and forth to other musicians to build out a song.

It would be helpful to get the perspectives of someone with more experience.

Email can work if the file isn’t too big.

For what it’s worth, I retired after 40+ years in radio broadcasting, and have recorded everything from the spoken word to live music in the studio & in some awful arenas.
There are basically three kinds of recordings - Junk, Good Enough and Excellent.
The question is, “Which type fits your needs?”
Junk recordings are perfect for many applications, such as voice mail or eavesdropping on KGB agents.
Excellent recordings will be excellent and priced accordingly. For true Excellence you need expensive microphones, sound-deadened rooms and an engineer with a great ear. This is Professional Level Excellence. Many livelihoods depend on it.
Home Grown Excellence is possible, but if you are serious about it, it can involve some serious cash.
Good Enough is a flexible route. For example, you can shell out a couple hundred bucks for audio software and swap MP4’s, or go with free audio software like Audacity and mix only mp3’s. Sure, there is some degradation in sound quality, but usually to a degree that is not noticeable to the casual listener. And mp3 files can be easy to email. Plus there doesn’t seem to be any “proprietary software” issues with them, so they can be mixed on any number of different audio editing programs. You would not all have to be using the same software for your plan to work.
The point is, “What do you want to do?”
You might set your sights on a quality level that would encourage running off some CD’s for friends & family.
Or you might want to send that song to Nashville, “where dreams come true… after a thousand dreams die.”
As several have noted here, “I got old computer stuff.” In other words, it’s Good Enough.
Then the only Excellence there is to worry about is playing in time!

Thanks Joe. This is super helpful. Speaking for me, I would be absolutely fine with “Good Enough.” For me, it’s really about collaborating with other musicians. So to clarify, if someone recorded say a banjo and rhythm track and emailed it to me as an .mp3 file, I could drag it into a track on another DAW (Studio One) and record a mando track over that – and then send that out to another collaborator as a .mp3?

That should do the trick. If both programs can play/record mp3’s, then they can both do it, regardless of how many tracks you have mixed.*

*Trivia - The entire “Sgt. Pepper” album was recorded on a 4-track recorder and originally released in the UK in mono. The stereo effect was created later at Capitol Records. John Lennon once quipped, “If you thought ‘Sgt. Pepper’ was good, you should have heard it in mono!”
The moral is “Don’t get too hung up on technology when it’s the pickin’ that’s important.”

Oh, please don’t record the mando track OVER the banjo & rhythm, record it along side them.
I’m sure it’s just semantics, but I’ve seen people break down in tears because they recorded OVER the good stuff, wiping it out forever, when all they wanted was to MIX the good stuff with their new stuff.

Yes. That’s what I meant!

And good insight on what’s really important. Joe, do you think that if I record a track and send it as an .mp3, I should do it directly to the collaborators’ emails – or could it be done over this forum?

Guessing again, but I would send it directly to your “partner in crime” for simplicity’s sake. While it’s true “Many hands make light work,” in this case maybe “Too many cooks spoil the broth.”
I can see this turning into an all-consuming project. The temptation to tweet a track electronically will be very strong. You can stretch time without distorting tempo & a million other tricks that amazing software can do these days to make bad musicians sound great. (Usually these tricks are applied to vocalists who cannot sing, but look great onstage with most of their clothes off.)
Sweeten it with a little reverb, toss in a touch of EQ, loop a few sfx and soon you won’t need a banjo. You can play the studio!!!
But your fingers will atrophy from lack of use and fall off at the most embarrassing moment.

Haha. I know what can happen with audio software addiction. I foreswore it many years ago when I realized it was taking me away from what I got into this to do – which is play music.

Joe, let me ask you to clear something up and then I promise to release you back to your life. When you are recording the rhythm/backing track for a tune, do you typically do a separate .mp3 file for each track? In other words, the guitar backing goes on one .mp3 file, the mando chop on another, bass on a third, etc.? And those get sent and dragged into individual tracks on whatever audio software people are using? And then when everyone is happy, mixed into a single rhythm track? Also, I assume everything starts with the guitar backing track and gets built from there.

“Yes” to all your questions except the last one.
You know what happens when you “assume”!