Do the spikes get in the way if you want to fret the 5th with your thumb to grab a note.

Not unless you try to slide your thumb…

No, they don’t. I’ve got spikes on frets 7-10 and I’ve never had an issue with them getting in the way. Welcome to the forum!

I have spikes at 7,8, 9 & 10 and I can’t recall having any problems. Maybe if you have spikes with a rough edge it could potentially be a problem.

I jest, I jest, it won’t mess with you if they’re installed right: 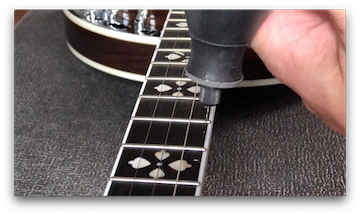 This is one of the top 3 questions we receive! We install spikes for all General Store customers when they purchase, but perhaps you need to do a spike job yourself. Let me show you how! 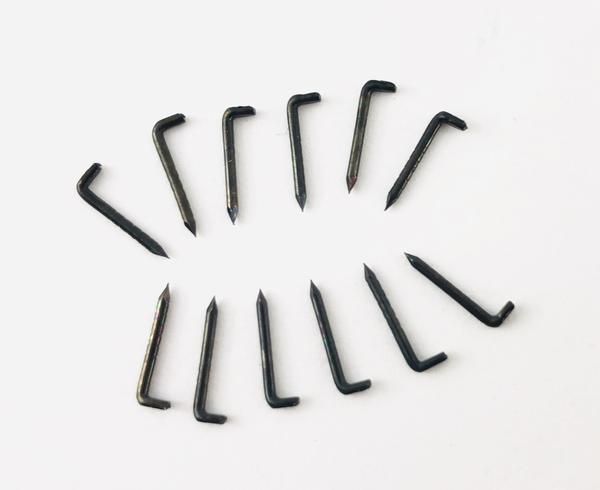 They won’t necessarily get in the way, but they are less convenient. You can feel them while playing. I haven’t used them on my last two banjos, because I really like Banjo Ben’s Strum Hollow capo.

I was concerned about them getting in the way, but I have them on my banjo and they don’t interfere at all. I also have a strum hollow capo, and I like it, but the tone isn’t quite as clean as with a spike

Welcome to the forum, glad you’re here. Everyone else offered great advice. I only have one thing to add regarding using your thumb on the 5th string. Don’t try to wrap a large portion of your thumb on to the fret or use much force to keep the string down. You only need to use the little baggy fleshy part of your thumb to catch the string. If you’re doing it right, your thumb is barely on the string and not using much force at all; just use enough to get a good tone. No part of your thumb should even be close to where the spikes are, presuming they’re installed properly that is.

Do be very careful though when using your other fingers on the 4th sting when you’re up the neck on the frets that have spikes. I ripped a goodly portion of a callus off my ring finger once when going to the 4th string but went a little too far and caught the 5th string on a fret with a spike. That stang for a spell and I just couldn’t play for a while. I went a string too far.

Welcome to the forum and I am sure you will heed the great insights offered here.

Please report back if you go on with the spikes and the use of your thumb working around them.

Wow! That’s not good. I have a Gibson long neck and a standard length one I made with parts from First Quality. I use the Shubb on the one I made. Its too fancy to put anything into the fret board. On the long neck one I put a cheapie 5th string slide on decades ago. I cut my finger on a sharp edge the other day so I’m thinking of switching to spikes on it.

Based on what everyone is saying here I think I will proceed. I watched the videos on installation which are helpful.

And I thank you all for your input.

Not Shubb. I meant the little screw on 5th string capo.

Mr Ben!
Deering Banjos says spikes should have the open end pointing out (towards the edge of the fingerboard), Your video shows Them being installed pointing in. Now that I’m ready to do this I’m looking for your thoughts on the direction they should point.

Hi Steve, That’s how my spikes are fitted on my Stelling. The string slips in and out smoothly. I think fitting them the other way round was probably done in error since it would seem more difficult to me to hook and unhook the string.

Archie, you mean the spikes point out?

To brag a little bit, but mostly to establish credibility, the spikes on my Gibson were installed by the luthier of the pros such as Ron Block, Steve Martin, Russ Carson, and many more. Said luthier also worked at Gibson in quality and he’s also one of the world’s finest players.

Just FYI, I’m pretty scrappy and a fairly good DIY gal but I didn’t want to attempt this on my own; it’s easy to mess up your fret board. If you are not confident in your skills as a craftsman, get a professional to do it if you can.

OK. That answers that. I’ll install them like the video shows.
Good information from all. I just have the 2 banjos. Every year on May 22 when Buy a Musical Instrument Day comes around it clashes with my Balance Your Bank Account Day.

Buy an instrument day? I didn’t know about this one, but it might have saved me. I just received my 13th (guitar, not banjo, a Bourgeois) yesterday. My trouble is that I think any day can be a buy an instrument day, and the friends that I asked to slap me if I started purchasing another guitar failed me. But it’s a nice problem to have, a non-destructive addiction.

To brag a little bit, but mostly to establish credibility, the spikes on my Gibson were installed by the luthier of the pros such as Ron Block, Steve Martin, Russ Carson, and many more. Said luthier also worked at Gibson in quality and he’s also one of the world’s finest players.

Wow… @MissMaggie! Throw it down, girl! Don’t stop there… Who is this fine musician, luthier?